The Simple Guide To Leptin and Leptin Resistance

Weight loss is a hormonal problem. One of the most popular weight loss programs around at the moment is the Venus Factor. This is designed specifically for women and it aims to promote weight loss by re-balancing the levels of the hormone Leptin in the body. So what exactly is Leptin? What problems does it cause? And what can we do help reduce the Leptin resistance and stop piling on the unwanted pounds?

What Does Leptin Do? 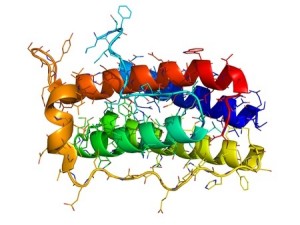 Leptin is one of the main hormones which controls fat storage/release in the body. It acts (on the brain) to maintain a person's fat stores at the correct level.

There are other hormones which indirectly affect the the body's fat levels. The most important one is Insulin which acts to regulate the amount of sugar in the bloodstream.

So Leptin regulates fat and Insulin regulates sugar. The two hormones work together and non-fasting leptin levels are affected by Insulin levels.

In a person with normal amounts of body fat, high levels of leptin in the body promote fat release, and low levels promote fat storage.

This should mean that in a fasting state, the higher levels of leptin in the obese person would be promoting fat release, and thus the fatty would get thinner.

But it doesn't seem to work like this. The brain in an obese individual appears resistant to effects of the leptin and thus the fat isn't released from the body's fat cells and removed from the body. Hence the term Leptin Resistance.

Scientists do not yet definitively know what causes Leptin Resistance. A number of plausible alternatives are being explored at the moment.

Scientists have discovered that diets high in fructose may cause leptin resistance and accelerate obesity. Fructose is found in many processed foods, so it's worth reading the packaging labels if you don't already.

One of the other biggest areas of study is on the relationship between leptin and the brain.

In studies on mice: If scientists induce inflammation in the part of the brain known as the hypothalamus, this reduces the effect that leptin has on the mice, and the mice get fat.

I found it fascinating that the way they induce inflammation in the hypothalamus is simply to feed the mice a very high fat diet. The inflammation and leptin resistance effect occurs before the mice actually get fat.

In this case that leptin resistance is caused by a high fat diet and this causes obesity.

Logically that makes sense. And of course, there may be many other causes of inflammation in the hypothalamus in humans. I could speculate that a nutrient deficient diet might cause this, or even perhaps some of the additives or ingredients in processed food which are so common in our diets might cause the same inflammatory effect.

So the fat get fatter, and the thin stay the same.

What about middle aged spread?

Before Leptin was discovered in 1995, many obesity researchers focused on insulin and the effect of insulin resistance on weight management.

Scientists discovered that eating a diet high in carbohydrates promoted a gradual increase in insulin resistance over time.

This meant that by the time a person who ate a high carb diet reached middle age they had a significant resistance to the effect of insulin in the body. This in itself promoted fat storage.

As we age, our bodies change in many different ways, so it's likely that there are other elements which also contribute to how well, or otherwise, we maintain our weight and at what point leptin resistance comes into play.

Is Leptin resistance worse for mothers?

Leptin resistance is known to be more of a problem in women who have had children, so one could speculate that the weight gain during pregnancy might have caused a degree of leptin resistance which is then very hard to reverse once the baby has been born.

So how do I lose my belly fat?

Interesting question. The problem with Leptin resistance is that it makes the body “hang onto” it's body fat. This means that the advice we hear most often “Eat Less and Move More” cannot realistically be expected to cure the problem. It simply makes you hungrier so that you replace the lost fat! The “cure” will probably need to involve a reduction in leptin resistance so that leptin can correctly control the amounts of stored body fat.

Research has shown that people who lose weight and keep it off for two years are much less likely to regain the lost weight after that. It may be that the dietary changes required to lose the weight and maintain the weight loss help reduce leptin resistance. This would enable the body to control it's fat levels better and not gain weight again. – Providing the person doesn't revert to the old dietary habits which made them gain weight in the first place!

Is there a “Leptin Diet”?

Early research seems to indicate that there are some things which we can do to start to reverse effects of leptin resistance.

They might, yes. Omega 3 Fatty Acids have been shown to increase leptin sensitivity. They also help protect against inflammation. These fatty acids can be found en everyday foods such as oily fish, grass-fed meat and chia seeds. But they can also be taken in supplement form, which is often a more convenient and consistent way of getting the optimum amount.

The good news is…