What Can We Learn From Diabetics About Weight Loss Resistance? 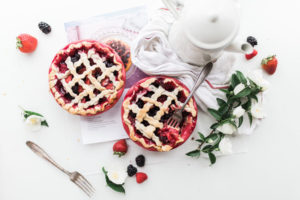 The inability to lose weight and keep it off is a modern phenomenon, and in this article I'm going to explore what exactly is stopping us dropping the fat for good, we can then look at what we need to do to fix the problem.

All the cells in our bodies need energy. This energy can only be provided by either sugar or fat. Most healthy, normal weight, people have the ability to burn both sugar and fat to get that energy into the cells.

We can learn a lot from the problems of diabetics. Type 2 diabetics often ask how come their glucose level is higher in the morning than it is all day when they haven't eaten for maybe 10 or 12 hours?

What's really meant to happen is that during the night, your body should release fat from your fat stores and burn it for energy. So when you wake up in the morning, you are visibly leaner.

However, in the diabetic, during the night their bodies start to break down some of their muscle fibers and turned it into sugar using a process called gluconeogenesis. This increases the blood sugar levels and the sugars are then used by the cells to provide energy.

Similarly, most overweight people no longer have the ability to burn fat for energy. During a calorie restrictive diet, most people will simply lose muscle in exactly the same way as the type 2 diabetic does. Because they are unable to burn fat and use their fat for energy, they're taking their muscle and breaking it down into sugar which can be used to fuel their cells.

The inability to be a fat burner is a hormone problem.

People are stuck in sugar burning mode, so what we should be asking is “how can I become a fat burner?”

Leptin is the hormone that tells your brain to burn fat for energy.

Leptin was discovered in 1995. It works in a really clever way. Leptin is made in fat cells. As a person starts to get fat, they get more fat cells which make more leptin. This triggers the hypothalamus in your brain to instruct all the cells in your body to burn more fat.

So it's a self-regulating system. As you get fatter, more leptin is made, this triggers more fat to be burned and a stable weight is maintained.

Leptin also causes the hypothalamus to tell you to stop eating, so it's key to the whole fat loss problem.

Researchers must have thought they had won the lottery when they found that they could slim down obese mice simply by giving them leptin. They thought that all we have to do is to give obese people leptin and it'll tell their brain to burn their fat for energy.

But when they started testing obese and severely overweight people who couldn't lose weight, they actually found that these people already had too much leptin in their bodies. So they continued to work on the issue, and discovered that the problem is very similar to the type 2 diabetic.

Type 2 diabetics actually have too much insulin, so you can't give them any more. The problem is one of insulin resistance, the cells in their bodies simply do not respond to an increase in insulin levels.

There are three main causes of this receptor problem.

1. Some fats. But interestingly, not the same fats which we've been lead to believe are bad for our health.

2. An increase in sugar, particularly the sugars which the body generates from digesting grains.

All three of these things come into your body and blunt the hormone receptors. So what do we need to do to become fat burners? Our simple guide to Leptin resistance has some of the answers.